What is hoarseness?
Hoarseness is an abnormal change in the voice caused by a variety of conditions. The voice may have changes in pitch and volume, ranging from a deep, harsh voice to a weak, raspy voice.

Hoarseness can be caused by a number of conditions. The most common cause of hoarseness is acute laryngitis (inflammation of the vocal cords) caused most often by an upper respiratory tract infection (usually viral), and less commonly from overuse or misuse of the voice (such as from yelling or singing).

Other causes of hoarseness include:
• benign vocal cord nodules, cysts or polyps,
• gastroesophageal reflux (GERD),
• allergies,
• inhalation of respiratory tract irritants,
• smoking,
• thyroid problems,
• trauma to the larynx/vocal cords,
• neurological conditions (such as Parkinson’s disease and strokes), and
• cancer of the larynx.

How are the causes of hoarseness diagnosed?
A health care professional will ask the patient questions about their hoarseness and any other associated symptoms. A physical exam will focus on the head and neck. Often times, a diagnosis can be made based on this initial assessment. In some instances, a long lighted flexible tube (fiberoptic scope) will be inserted into the throat to directly visualize the vocal cords if no other cause is initially identified. Individuals with hoarseness that lasts longer than 2 to 3 weeks should have a consultation with an otolaryngologist in order to exclude any serious causes of hoarseness.

What is the treatment for hoarseness?
The treatment for hoarseness depends on the underlying cause, for example:
• Acute laryngitis caused by an upper respiratory tract infection will usually improve on its own as the infection clears the body. Conservative treatment with cough suppressants and humidified air can be helpful.
• Voice rest is also recommended in order to avoid further irritation or injury to the vocal cords.
• Antibiotics are not indicated for most cases of acute laryngitis.
• Smoking cessation is suggested for those individuals that smoke.
• Individuals with hoarseness caused by vocal overuse or misuse should adhere to voice rest, as serious injury (such as vocal cord hemorrhage can occur to the vocal cords if the voice is strenuously used during episodes of acute laryngitis.
• Medications for gastroesophageal reflux (GERD) or allergies can treat hoarseness if either of these is found to be the underlying cause.
• In some instances, surgery may be necessary for benign nodules or polyps, trauma to the larynx/vocal cords and for cancer of the larynx. 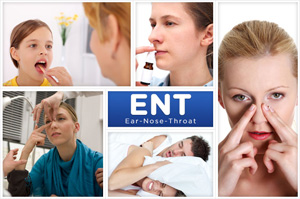